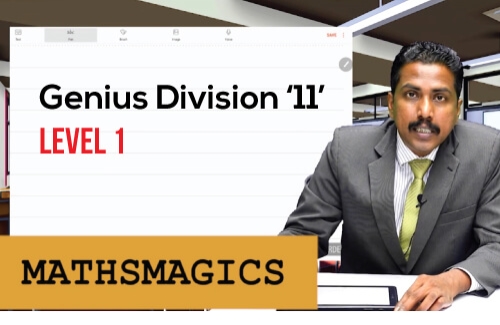 You will learn to solve division '11' problem instantly and in a single line!

M. Selvaraju is a founder of Mathemagics Learning Centre based in Kuala Lumpur.

He was coaching Additional Mathematics to SPM students for 10 years. Throughout the years, he noted the number of students that dislikes mathematics is increasing and worrying, so he decided to research and find a new solution to the problems.

He has also founded Mathemagics Learning Centre providing tutorial classes on Magic Maths. He has also published a book on Magic Maths in 2013. He has also presented a paper on ‘Learning Maths The Fun Way with Magic Maths’ at National Symposium of Science Mathematics, UTM on November 2015.  He has conducted teachers training for 150 Mathematics teachers from Kedah, KL and Johor in 2016 with collaboration with PMO (Prime Minister’s Office) and MOE (Ministry of Education). In 2017, he has conducted pilot project in Penang and Kedah to 100 underprivileged Mathematics students and from the result, and 98% of students transformed from failure to average students. He has also written book and modules which are being used as teaching text at schools and community organizations.

During the 9 years since the establishment of Magic Maths, about 10000 students had been trained on the formulas and feedback on the program was impressive and overwhelming. Apart of teaching and learning the Magic Maths formulas, the students will be assessed through Speed Test and Speed Quiz. His vision is to empower the next-G on the Magical Maths tricks/shortcuts so that they will have the joy and enthusiasm on learning Mathematics until the advanced level. 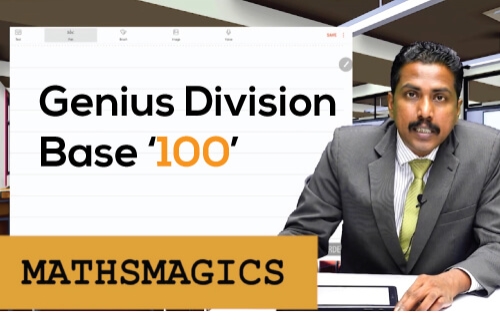 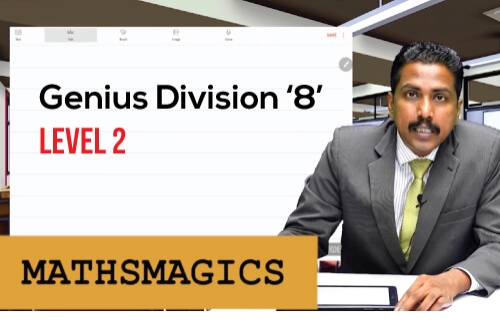