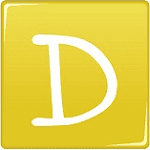 Professor Dr Kader Ibrahim is one of Malaysia’s preeminent motivational speakers for the past 25 years. In his prime age of 32, he was the only Malaysian who achieved a triple PhD degree in Nutrition, Psychology and Para Psychology. He is also recognized for having a distinction for being the first Malaysian to introduce subjects such as Brain Engineering and Telepathy, Color Therapy and Spiritual Aura in the Tamil language and conducting regular courses in these said fields. Furthermore, as a successful profile writer, he has thus far produced more than 20 books in both Tamil and English languages on psychology, health and mind power. His achievements are also worth mentioning, where one of them is receiving gold medals for his publications on health and mental power from international universities. Besides, Professor Dr Kader Ibrahim’s first publication entitled, “Success is in Your Hands” was one of the most massive selling books in Malaysia.

He is also a well-known pioneer when it comes to training and leadership development which can be proven by his many positions as an advisor in several well-known cooperative companies all around the world and attended many international conferences. Thousands of people have benefited from his talks internationally in over ten countries and have heard him as a Key Speaker. He has also appeared on numerous radio and television shows. Currently, he conducts courses, seminars, workshops, motivational talks and training to all people around the world.