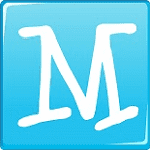 M. Selvaraju is a founder of Mathemagics Learning Centre based in Kuala Lumpur.

He was coaching Additional Mathematics to SPM students for 10 years. Throughout the years, he noted the number of students that dislikes mathematics is increasing and worrying, so he decided to research and find a new solution to the problems.