This book is specifically written for students who will be taking French as a third language at Universiti Teknologi MARA. Crème Brûlée II introduces the basis for learning the French language. It is an introduction to the French language and suitable for beginners. It was written to meet the needs of 28 teaching hours in one semester. This book contains four basic topics which are Nous Sommes Lundi, Mes préférences, Bon Voyage, and Le Shopping. Each topic consists of a dialogue, followed by notes on vocabulary, grammar, culture and proverbs. Exercises and samples of test questions are also included to reinforce students' understanding.

Crème Brûlée II starts with the basic needs of students and puts them in everyday situations. Thus, they will be able to participate in basic French conversations, such as talking about their birthdays, preferences, travelling and shopping. This will give them the necessary tools for immediate communication.

NOR AZHAR MOHD TAIB is a senior lecturer at UiTM Shah Alam and has more than 16 years of teaching experience. He holds both a Bachelor's and Master's Degree in the Teaching French as a Foreign Language from University of Paris VIII St Denis, Paris France, as well as a Diploma in French from University of Savoie Mont Blanc, Chambéy France. His area of interest is Language and Technology in learning and teaching French as a foreign language. He is currently the Head of the French Unit at UiTM.

SAIDAH ISMAIL is a senior lecturer at UiTM Shah Alam and has been teaching French for more than 10 years. She graduated with a Master of Modern Language Studies from Universiti Malaya. Also a holder of Bachelor of Languages and Linguistics major in French and Bachelor of Français Langue Etrangère (FLE) from Université de Besançon, Franche — Comté, France. She is currently the Coordinator for Asian and European languages in Akademi Pengajian Bahasa UiTM. Her area of interest is learning strategies and teaching French as a foreign language.

HASLINDA MD ISA Under a special academic program to Paris, France, Haslinda Md Isa pursued her studies in Hotel Management at École d'Hôtellerie Illkirch-Graffenstaden in Strasbourg, and later on at Ecole Hôteliére Vatel Paris. She is a senior lecturer and currently teaches French at UiTM, where she has been for the last 19 years. Part of that time was spent teaching at the Permatang Pauh campus before she was transferred back to the main campus in Shah Alam. Haslinda was a coordinator for Asian and European languages for a few years.

MOHD RIDZUAN ABDUL MALEK (Associate Professor ) has served UiTM as a French lecturer since 1992. He has held several administrative posts such as the Head of the French Unit, Coordinator as well as Deputy Dean. He is a four times recipient of UllM's Excellent Service Award. He holds a MA French (Canada) and BSc. Civil Engineering IUSA). He has studied Englisht French, Italian, Spanish, Arabic and Mandarin from local and foreign universities. He is the author and co-author of several books and dictionaries. He has a deep passion in translation, as such he has translated numerous documents and published many books translated from various languages under different genres. 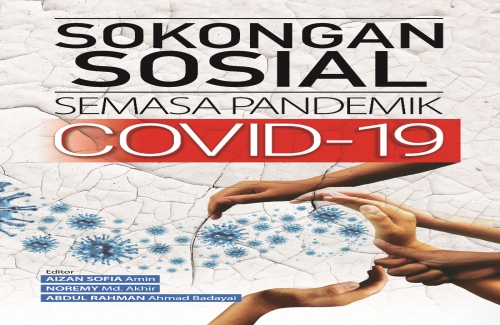 The Journey Dashes of Grey, an Integrated Case Study a Hybrid Text
RM 24.00 All products purchased can only be accessed through MindAppz portal.

Download feature is not provided due to Copyright Protection Act 1987.