The Equality of Women in the Church

We may be wondering and asking why practically and biblically. What else when other churches recognizes their women and their calling into the ordained ministry. Here in this book which consists of 4 chapters is a researched which I personally worked on for my thesis with the guide of Canon Sylvia Jeans, who is also known as Ibu Suria, as my supervisor.

Issues on the ministries and ordination of women in an Anglican Church will be discussed.

Investigation will also round up Biblical study on women and historical evidence background in the case of the ordination of women.

As stated in brief description and purpose…

Envision Value and contribution of research:

As stated in purpose, hope that this research and thesis will someday be an influence for the Anglican Churches especially in Sabah and will bring on a journey in making a change or difference.

Served as a full time worker in a church for 6 years after working in many sectors. Started at Kuala Lumpur before being posted back to the mother church in Tawau the year later. Since I was not the one who received the green light to expand and learn more like other staff especially male staff through applying into a seminary under the church, I then decided to apply into the Seminary on my own behalf.

Thank God for His favor. I was accepted into the seminary. I resigned on December 2008 and enrolled into Seminary Theology Sabah (STS) on January 2009. Throughout my studies, I still received covering from my denomination and was posted in various Anglican churches for my practical. It was a great time and praise God, in 2012 I graduated with Bachelor of Divinity.

I continued to serve full time in one of the Anglican church thereafter for 3 years. This time, more on pastoral ministry as I lead the BM Congregation. Today, I no longer serve full time in the church but I am out at workplace. Still, it is always great to serve the Lord. 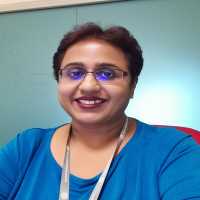 It's good to reiterate gender equality.

Extremely Informative and Easy to Understand & Identify With. Met with all my expectations. Let All the Nations Give Praise to the Lord An Exegesis on Hosea 4 An Exegesis on Isaiah 6